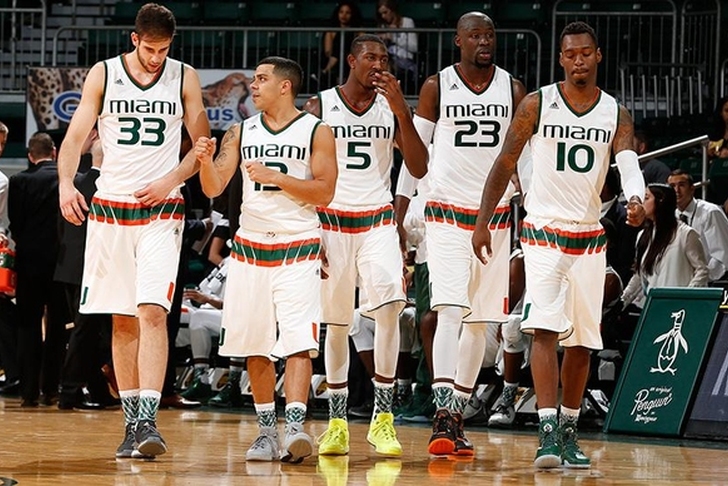 The Miami Hurricanes are back in the tournament after a two-year absence, and they’re hoping to advance past the Sweet 16 for the first time in school history. Here's everything you need to know about the 'Canes:

Miami is one of the most balanced teams in the country (more on that in a second), but Rodriguez is the guy who drives the bus. Capable of dominating a game with his jump shot or with his playmaking ability, Rodriguez usually controls the game like a pure point guard. However, that sometimes results in him lacking aggressiveness, and he’ll fade out of games. Miami needs him to be in attack mode at all times to maximize their potential in the tournament.

Miami has nine players that play over 12 minutes per game, and seven of the nine average over five points per game, giving the Canes perhaps the most balanced team in the country. A large part of that is due to the experience of this group, as five of those players are seniors and only one is a freshman.

Whenever Miami has gotten a real rhythm going at any point this season, they’ve followed up big wins with complete duds. They lost at home to Northeastern earlier this year after beating Utah and Butler, lost by double digits to NC State after beating Duke, then lost by 25 to North Carolina. Miami has had a lot of problems with “letdown” games, something that could hurt them moving forward.

Outlook:
Many don’t think of Miami has a Final Four contender simply due to the fact that they’re Miami, but they’re as big of a threat to make it there as anyone. The Canes have shown a knack for playing their best in big games this season, and if that continues, they will make it to the Sweet 16 and beyond.