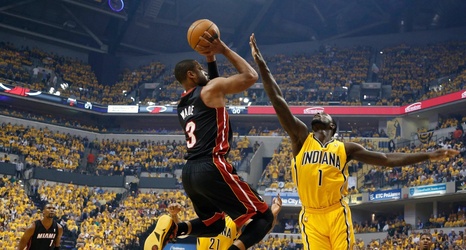 Thanks to LeBron James and the Big Three era, the Miami Heat spent a considerable time as the NBA’s most hated team. But those days are gone, and there has been plenty others to hate since then.

But there’s an interesting question we want to tackle here and that is:
Who is the Miami Heat’s biggest rival?

The reality is that it isn’t a super obvious answer. So let’s spend some time talking about the teams that are in the mix for the Heat’s biggest rival.

This rivalry was basically fueled by two sets of Big Threes.