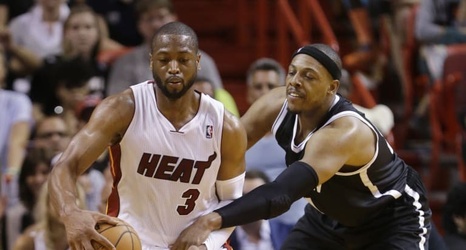 Dwyane Wade, who won three championships in his career to Paul Pierce's one, now has even more bragging rights in his rivalry with the former Boston Celtics star.

After the Miami Heat defeated Boston in Sunday's Game 6 of the Eastern Conference Finals and clinched a spot in the NBA Finals, Wade called out The Truth:

There is a history in place that extends beyond their battles on the court. In 2019, Pierce said he was easily a better player than Wade during their careers. Pierce also has a history of chirping at Wade's friend, LeBron James.