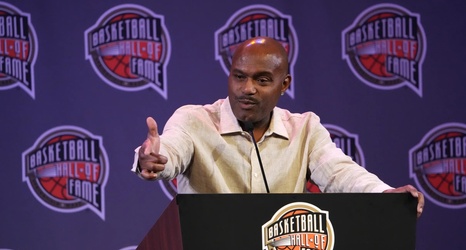 The Miami Heat have retired the jerseys of Alonzo Mourning, Tim Hardaway, Shaquille O’Neal, Chris Bosh and Dwyane Wade. All but Hardaway have been inducted into the Naismith Memorial Basketball Hall of Fame — until today.

It’s impossible to tell the story of the Miami Heat without mentioning Hardaway. Pat Riley needed both Mourning and Hardaway to anchor a then-fledging franchise. And during his first two full seasons in Miami — he came to the Heat at the Feb. 1996 trade deadline — Hardaway was the best player on the team.