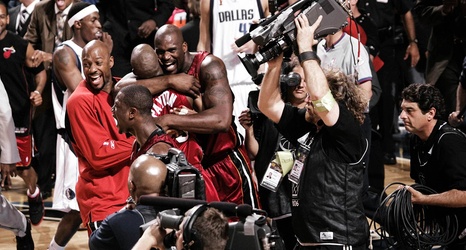 With FOX Sports Sun re-airing the 2006 NBA Finals throughout the week, Jason Jackson caught up with the one and only Shaquille O’Neal on Instagram Live on Friday afternoon.

Naturally, the two talked about that ‘06 championship team and who played a role in making it all work. In addition to crediting Dwyane Wade, O’Neal also made sure to include some other key contributors.

“We were unorthodox. We were enigmatic. We were slightly, a little bit, problematic. We knew we could do it. [We] had a lot of trials and tribulations, and Pat [Riley] did a great job of putting all of that together.