No tooth, no problem for Goran Dragic 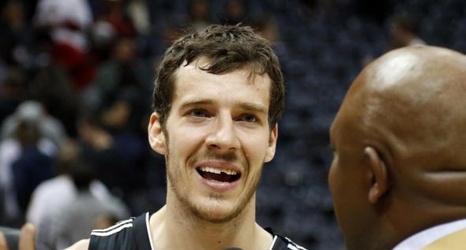 During the Miami Heat’s 100-88 win over the Atlanta Hawks, Goran Dragic was nailed by Al Horford in the mouth. He came up bleeding, with part of his tooth laying on the court.

Dragic left the game but would return to close out Miami’s second game of a back-to-back. The Heat point guard finished with 12 points, eight assists, seven rebounds, two steals, two blocks and one less tooth.

While it is obviously too early to tell, this feels like one of those moments that galvanizes a team. It may also mark the turning point in the season for Dragic, who has struggled to find his place in Miami before tonight.