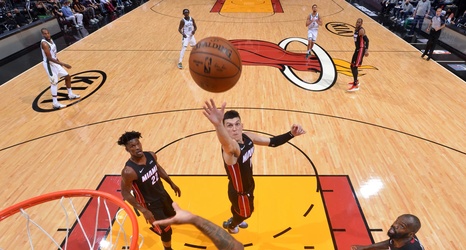 The Miami Heat face possible elimination today down 0-3 in their first round series against the Milwaukee Bucks in Game 4 at 1:30pm inside the AmericanAirlines Arena.

Although the core of the bubble team is largely intact, this current Heat team unfortunately bears little resemblance to the defending Eastern Conference Champions. Throughout the series it’s been difficult to ascertain whether it’s the Bucks’ defense that is wrecking so much havoc on Miami’s shooters or they have simply gone cold as they have missed plenty of good looks at the basket. At this point it’s clear that both are not mutually exclusive as there have been too many wasted possessions when the Heat have had chances to build momentum, but it’s no denying that coach Mike Budenholzer’s game plan has worked to perfection and coach Erik Spoelstra hasn’t come up with a good strategy to address any of it so far.