NBA Playoffs Game 2 Preview: Heat aim to even first round series vs Bucks 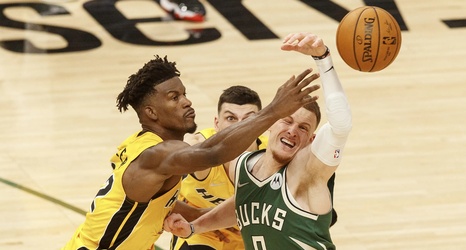 The Miami Heat will try to even their first round series with a win tonight on the road against the Milwaukee Bucks at 7:30pm.

Goran Dragic led the Heat with 25 points while Khris Middleton scored 27 points for the Bucks’ 109-107 victory in Game 1, which ended with Middleton’s game-winning basket in OT. While Giannis Antetokounmpo was only able to score near the rim, he was 0-for-14 outside the restricted area in Game 1 according to ESPN, and the Bucks were horrendous from deep (5-31, 16.1%), it remains to be seen whether or not this was an effective Heat defensive strategy that can be replicated throughout the series or if the Bucks were simply cold from the field and/or their coaching staff will make the proper adjustments — which they struggled to do effectively in last year’s playoff series between the two teams.