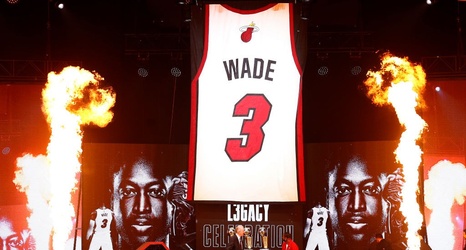 MIAMI (CBSMiami) — Miami-Dade County has long been known as Wade County and now the retired Heat superstar Dwyane Wade officially has a street named after him.

On Tuesday, the Miami-Dade Board of County Commissioners voted unanimously to designate a portion of Northeast 7th Street from Biscayne Blvd. to NE 2nd Avenue near the newly renamed FTX Arena as Dwyane Wade Boulevard.

The prestigious honor was given to Wade in February by the City of Miami, but County Commissioners also had to approve it.