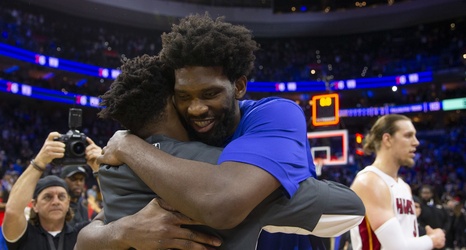 The Miami Heat are in the middle of a resurgent season. After several years trapped in mediocrity, marred by the close agonizing defeat, held hostage by having almost just enough to get the job done on a nightly basis, and loaded with seemingly “unmovable” and “unworkable” deals, the Miami Heat are back with a vengeance.

It started this past offseason as Miami Heat team president and decision-maker Pat Riley declared that he was going big “whale hunting”. He landed his Moby Dick in the form of Jimmy Butler, but no one could have expected that he would come in and have this type of impact on the team and franchise.