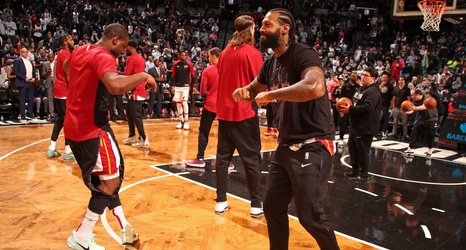 Miami Heat forward James Johnson has been the constant target of criticism. These gripes have come from all over the league’s fanbases, but especially from his very own.

You have seen everything from the desire to trade the veteran forward to some fans even wanting him flat out cut. While the Miami Heat wouldn’t dare waive Johnson with the money he’s owed, it appears that they may not have wanted to move him via trade either. Regardless of how the fans feel about him though, it looks like he will be on the roster to start the season.