Miami Heat: In 2020 and beyond… the best defense is a potent offense 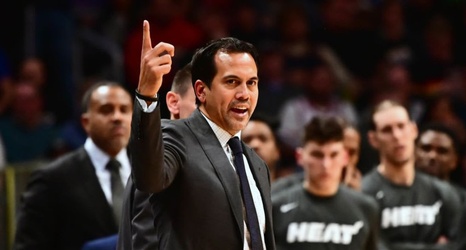 The Miami Heat are a team that is built on defense, effort, and hustle. For 2020 and beyond though, the best defense is a potent offensive attack.

The Miami Heat are a good team. They proved that last season as they made a run all the way to the NBA Finals.

Unfortunately, they were not able to win those Finals though. They were eventually beaten by the Los Angeles Lakers.

There are many reasons that one could point to when thinking about why they lost, such as the absence of Bam Adebayo and Goran Dragic for a lot of the series or simply the fact that the team on the other side consisted of some of the greatest players that the game has ever seen.