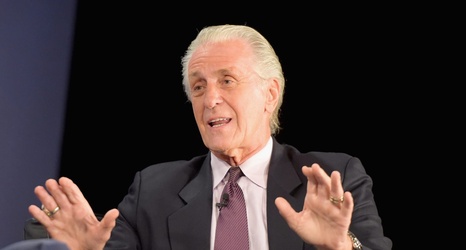 Miami Heat fans, you can officially calm down. All is well and right in the nation that is Miami Heat Nation. You want to know why?

All is right because The Godfather has spoken. Well, at least it makes us feel a bit better to hear from the guy that has been the architect of most things great for the Miami Heat.

He recorded a public address or state of the franchise so to speak, that was delivered via NBA.com. While he touched on many topics, there was one set of quotes that stuck out to us more than others initially.