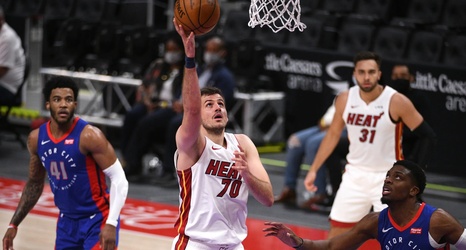 It’s that time of year: Reviewing the previous season!

It’s now officially the offseason for the Miami Heat, who were swept out of the first round in the NBA playoffs by the Milwaukee Bucks — losing their four games by a combined 82 points.

Before we deep dive into everything regarding the future months for this team, let’s discuss the seasons for Heat players that played in the 2020-21 NBA season and finished on the active roster.

In our fourth player review — conducted in alphabetical order — we will be reviewing stretch forward Nemanja Bjelica.