Meyers Leonard Fined $50,000 By NBA, Suspended From Team Activities For One Week For Anti-Semitic Comment 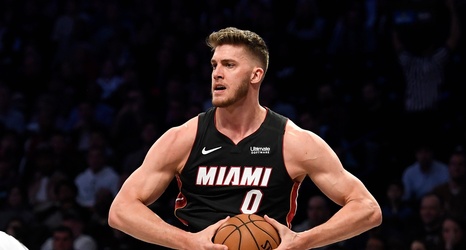 (CBSMiami)- The NBA announced Thursday that Miami Heat forward Meyers Leonard has been suspended from all team activities for one week and fined $50,000 for an anti-Semitic comment he made earlier this week. In addition to the fine and suspension, Leonard will be required by the league to participate in a cultural diversity program.

“Meyers Leonard’s comment was inexcusable and hurtful and such an offensive term has no place in the NBA or in our society.