Media Day: Miami Heat will go as far as Bam Adebayo and Tyler Herro can take them 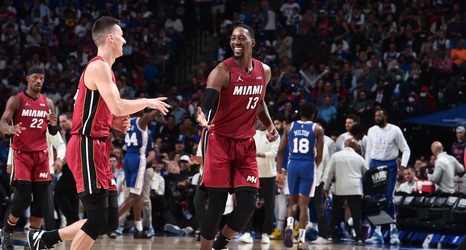 It’s difficult to reflect on the Miami Heat’s offseason activity and presume they’ll remain the same type of championship contenders they were last NBA season.

And for good reason. Outside of drafting Serbian Nikola Jovic, the reigning #1-seed in the Eastern Conference didn’t make other significant additions, but suffered the loss of PJ Tucker, a grizzled veteran who was key for head coach Erik Spoelstra on both sides of the floor, especially in the postseason.

Yet Miami isn’t panicking. Just because they’re coming back with largely the same squad, it doesn’t mean their next itinerary can’t have a say on how this new NBA season plays out.