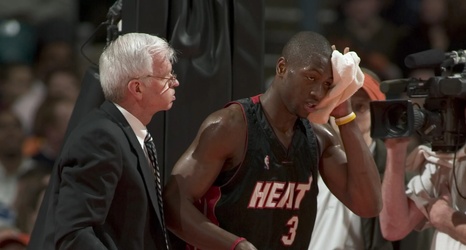 Former longtime Miami Heat trainer Ron Culp, whom the Heat hired as an expansion team in 1988, passed away earlier this week. He worked with Miami until his retirement in 2008. He was 75 years old. His daughter announced the news in a Facebook post.

Our Miami HEAT family is with heavy hearts upon learning of the passing of original Miami HEAT Athletic Trainer Ron Culp. Our most sincere thoughts, prayers and condolences are with the Culp family during this time. pic.twitter.com/4QQt1leHCI

Throughout his 24 years with the Miami Heat, Culp was a fixture on the sidelines, sitting next to assistant coaches.