Justise Winslow’s plan: ‘Be the point guard for this team’ 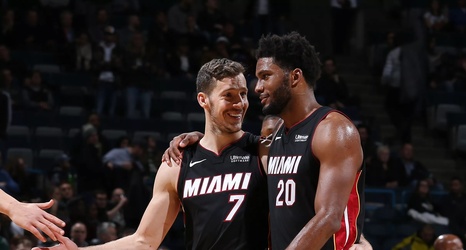 While hosting a group of disadvantaged youth with his foundation, Justise Winslow said that his plan for this upcoming season “is to play point guard and be the point guard for this team.”

Winslow played significant time at point guard last season — due to knee surgery that sidelined Goran Dragic for 31 games. But Dragic is back for this season. Winslow said that he and Dragic will figure out how to play together, but added that he wants to play point guard.

Now, the Heat apparently tried to trade Dragic the night of the June 30 start of free agency to facilitate the Jimmy Butler sign-and-trade deal.