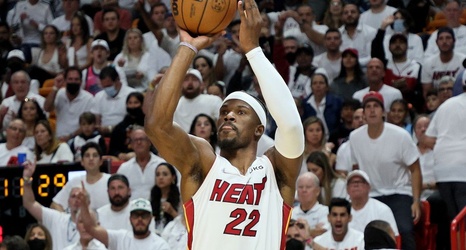 Coming off a postseason where he was arguably the league’s second-best player behind Stephen Curry, it appears Jimmy Butler might be getting some profound respect heading into the 2022-23.

CBS Sports released their annual top-100 player rankings Tuesday; ESPN has released theirs, but just 100-26 as they’re planning to release their top-25 throughout the rest of the week.

Anywho, Butler was tabbed a top-10 player in CBS Sports’ rankings! Here is what CBS Sports’ Brad Botkin had to say about Butler:

“No more sleeping on Butler as a superstar. You could argue there aren’t more than seven or eight guys you’d rather have on your side in a playoff series.