Jae Crowder is available. The hard part is a trade. 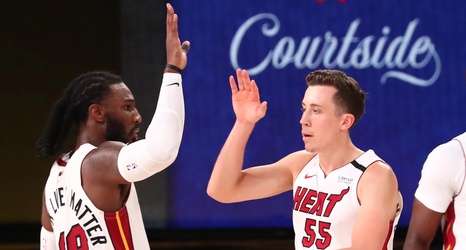 Brian Windhorst of ESPN said yesterday that the Phoenix Suns have made Jae Crowder available in trade discussions. Last month, Barry Jackson of the Miami Herald said the Miami Heat would be open to a reunion with Crowder, who played with Miami during the 2020 Finals run in the Bubble. Crowder’s own likes on Twitter seem to signal that he’d enjoy returning as well.

The Suns are in trade negotiations right now, mainly centered around Jae Crowder, per @WindhorstESPN. Bojan Bogdanovic is a potential target to monitor.