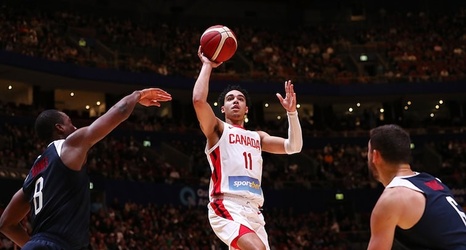 MIAMI, September 16 – The Miami HEAT announced today that they have signed guard Mychal Mulder. Per club policy, terms of the deal were not disclosed.

Mulder, who was selected in the first round (ninth overall) in the 2017 NBA G League Draft, appeared in 47 games (all starts) with the Windy City Bulls last season and averaged 13.7 points, 4.1 rebounds, 1.6 assists and 32.9 minutes while shooting 46 percent from the field, 41.2 percent from three-point range and 74.6 percent from the foul line. He led the team in minutes (1,546) and finished second in points (646), field goals made (229) and three-point field goals made (135) while helping lead the team to a postseason berth.