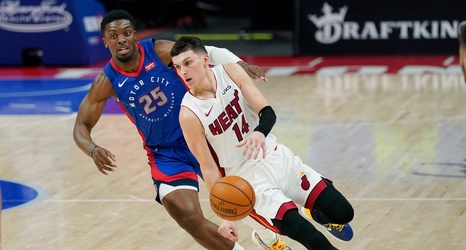 DETROIT (AP) — Nemanja Bjelica scored 17 of his 21 points in the first half, and the Miami Heat routed the Detroit Pistons 120-107 on Sunday night despite holding out several key players in a relatively meaningless game.

Precious Achiuwa scored a career-high 23 points and Max Strus added 20 for the Heat.

“I feel great for those young guys to be able to get out there and compete, and also show how much they’ve improved since the beginning of the year,” Heat coach Erik Spoelstra said. “You can see the improvement that they’ve made, and it translates to impacting winning.