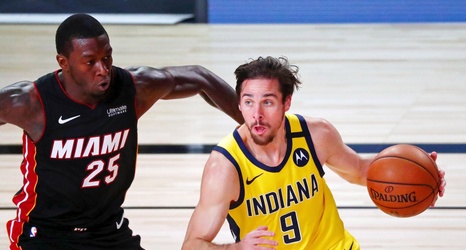 LAKE BUENA VISTA (AP) — The last time Miami and Indiana met in the postseason, a trip to the NBA Finals was on the line and both franchises were clear championship contenders.

Don’t tell either club that their looming first-round meeting isn’t just as vital.

The fourth-seeded Pacers and fifth-seeded Heat will face off starting Tuesday in an Eastern Conference first-round matchup. The rosters are almost entirely different from what they were in those 2014 East finals between the clubs, when the Miami trio of LeBron James, Dwyane Wade and Chris Bosh were matching wits with Paul George, David West and Lance Stephenson.