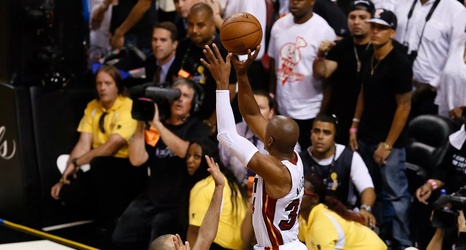 With the calendar year 2020 on the horizon, ESPN released a ranking of the eight best NBA games of the 2010s. And the one to top the list? That would be Game 6 of the 2013 NBA Finals between the Miami Heat and San Antonio Spurs.

As any Heat fan could tell you, Miami faced a seemingly insurmountable deficit — the Heat down 94-89 with 28.2 seconds left. The Heat were already down 3-2 in the series, and resigned fans began to head for the exits. NBA officials brought ropes court-side in preparation for the championship celebration.