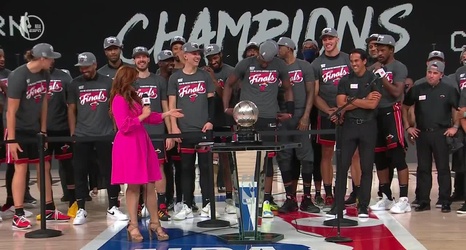 It's a tale as old as time that so many of us face.

Cheer for the franchise you won three championships with during a Hall of Fame-caliber career when it plays in the NBA Finals? Or cheer for a close friend who is on the shortlist of the best players in NBA history?

Alright, so nobody really faces those decisions. Nobody, that is, except Dwyane Wade.

As soon as the Miami Heat clinched their spot in the NBA Finals against LeBron James' Los Angeles Lakers with Sunday's win over the Boston Celtics, attention naturally turned to Wade.