Butler returns to lead Heat to 113-101 victory over Warriors 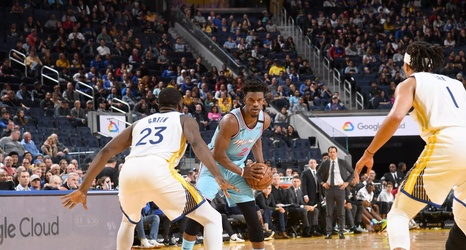 Jimmy Butler returned to the starting lineup to lead the Miami Heat past the Golden State Warriors 113-101 on the road in a much-needed win Monday night.

Miami appeared on the cusp of an easy blowout win with a lead that had ballooned to 24 points but a disastrous third quarter saw the NBA’s worst team outscore the Heat 32-21 and at one point they cut the lead to 73-69 before order was restored. The Heat’s bench, highlighted once again by newcomer Jae Crowder with 21 points and eight rebounds, outscored the Warriors 50-33 and a solid 36 assists with 49% FG shooting combined with a 50-30 edge in the paint wore down the hapless Warriors over the course of the night.