Bam Adebayo wants to be a shooter 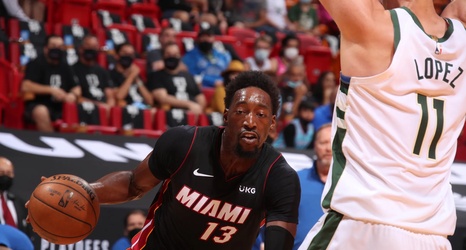 Chris Bosh told Bam Adebayo to “shoot the ball.” That’s what we want to see from Bam Adebayo.

On January 23, Adebayo busted out for a career-high 41 points on 14-20 shooting against the Brooklyn Nets. He did plenty of that work as a shooter, taking what the defense gave him and working Jeff Green out of a job.

But it was almost like that was the last time we saw confident Bam as a shooter.

But, at Miami Heat media day, the former All-Star was asked about what he has worked on this offseason and his answer was: SHOOTING.