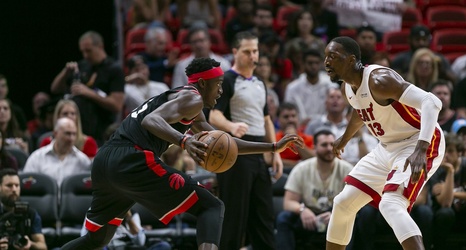 The Miami Heat and Erik Spoelstra are continuing to prove that they can scheme to beat the best of them in the Eastern Conference, most recently evidenced by Tuesday night’s 121-110 win over the Toronto Raptors to improve to 10-5.

The Raptors haven’t been bad at all this year (in fact, after Tuesday their record is the same as Miami’s). They lost Kawhi Leonard and Danny Green to free agency, but much of the roster carried over from last year to this year, and the team has continued to climb despite most expecting them to keel over with the loss of a Finals MVP.