Report: Chris Bosh Fails Physical Due To Clotting Complications, Not Cleared To Play 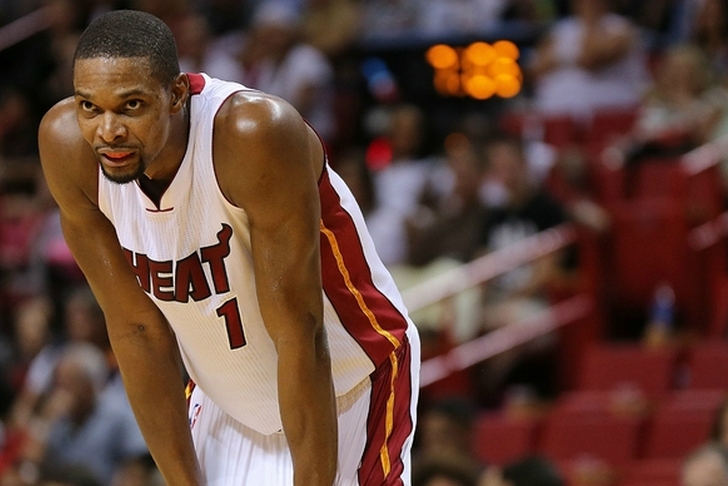 Chris Bosh's comeback attempt has taken a major step back - and may not happen at all.

According to Barry Jackson of the Miami Herald, Bosh failed his physical with the team and has not been cleared to return to the court due to blood clotting issues:

A complication has arisen in medical tests involving Heat forward Chris Bosh, derailing his attempted comeback, according to a source.

The complication involved evidence of some continued clotting and is believed to be related to one of two previous blood clot episodes. Those episodes sidelined Bosh after the All-Star break each of the past two seasons.

Though the complication is not considered life-threatening if treated, it requires medication and playing with it is considered unrealistic.

The Heat had gone into this week expecting to clear Bosh to resume his career this season, according to multiple sources briefed on the situation. But his clearance by the Heat always was contingent on Bosh passing his physical and no issues surfacing during a battery of Heat-administered medical tests this week.

And when an issue arose in blood work this week, the Heat concluded he could not be cleared to return.

Bosh has had each of this last two seasons cut short due to blood clots, raising major questions about his playing future. However, he and the Heat have been working all offseason to see if he can safely play on blood thinners, and no solution has been reached yet.

He told Uninterrupted last week that he believed he was "ready to play" this season, but according to Adrian Wojnarowski of The Vertical, the Heat believe he will never play again - and if he does, it won't be for Miami: