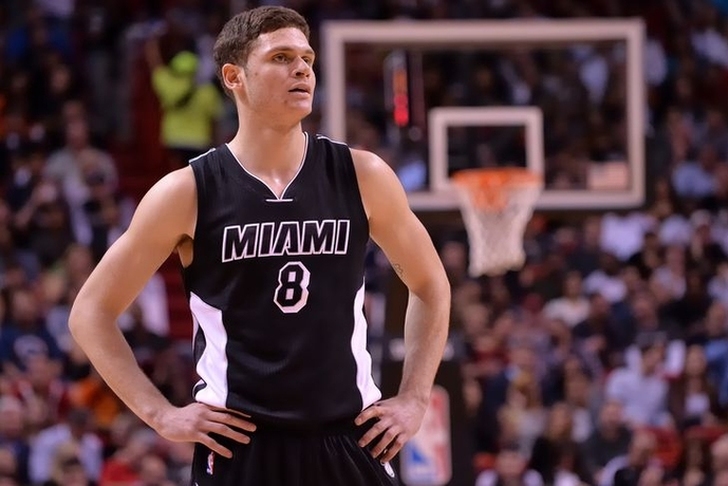 NBA free agency is here, and the Miami Heat have already made moves. The Heat kept Hassan Whiteside and are awaiting a decision from Kevin Durant before moving on to the rest of their free agency plans. The rumor mill is buzzing with meetings and potential signs, and we're here to get you caught up on what's happened so far. Here are all the latest Heat rumors and news you need to know.

Kevin Durant Decision Coming Soon?
Durant has met with the Celtics, Warriors, Spurs, Thunder and Clippers already, with the Heat on tap for Sunday. His meeting with Miami just ended, and a decision is coming soon.

Kevin Durant has concluded his meeting with the Miami Heat. He will meet with the Thunder in NY later today & then hunker down to decide.

The Heat have enough cap space to land Durant, although they would need to make a few moves. The Clippers are already out of the running, but the Heat are long shots at the moment.

Johnson can sign that offer sheet as soon as July 7th. The Heat will then have three days to match. The structure of that deal will give the Heat pause, even though they'd said they plan to match.

GS, Dallas, Philadelphia, Orlando, Miami and Brooklyn have talked to Jamal Crawford but Clippers are still optimistic they can re-sign him.

The Heat could use Crawford, especially with Luol Deng and Joe Johnson both leaving. However, it's unclear if they actually have enough money to afford him.

Follow our Miami Heat team page for all the latest Heat rumors or download the Chat Sports App!