The Latest Heat Rumors On Hassan Whiteside's Decision And Interest In DeMar DeRozan? 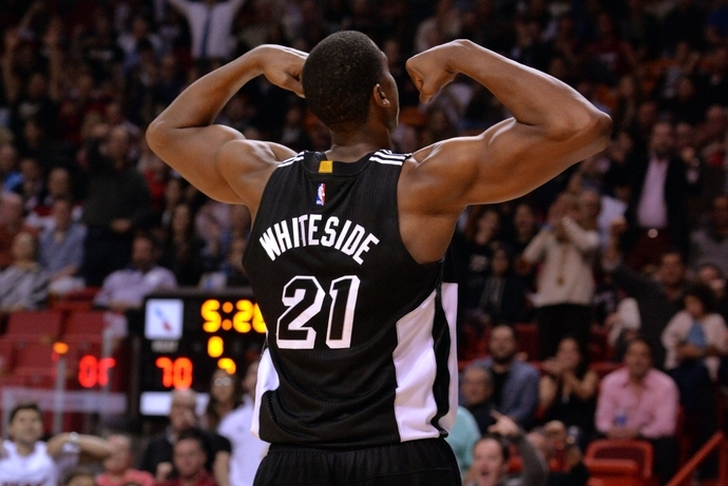 The NBA Draft is over and the Miami Heat have turned their complete attention to the start of free agency on July 1st. The Heat have cap space and will try to add at least one big name this offseason. They also have several notable free agents of their own to re-sign. With only so much cap space, the Heat might not be able to bring everyone back this offseason. Here are all the latest Heat rumors and news and you need to know.

Whiteside Will Make Decision Early?
Most players and teams are expected to wait until after Kevin Durant makes his decision to make moves. Center Hassan Whiteside is not among them.

Whiteside has a long list of suitors, with Heat among the favorites. The Heat can offer Whiteside the most money and offered him a chance in the first place, but Whiteside said his decision won't be about loyalty.

"It's a toss-up," Whiteside said. "It's a lot of things that come into it. It's not one specific thing. It's like you having a wife. You can't say one specific thing you like about her. You've just got to like her as a whole. I've got to choose it all together. All the dots have to connect ... I really don't think it's about loyalty. I think it's about the best situation for myself."

Whiteside likely wants a max contract, which shouldn't be a surprise for someone of his ability. Teams like the Lakers and Celtics are likely willing to give Whiteside a max deal in the event the Heat don't. He might be one of the first free agents off the market.

Heat Want DeRozan?
The Raptors, for good reason, are the odds-on favorite to sign DeRozan. However, Sam Amick of USA Today reports they aren't the only team that will make a push for the young guard.

As for DeRozan, he has plenty of options on hold as well. The Lakers, who could wind up getting a meeting with DeRozan, in part, because he still resides there during the summer, are widely known to be very interested in making him part of their young core. The Clippers, Golden State Warriors, Miami Heat, New York Knicks, and Orlando Magic are also hoping to lure him stateside.

The Heat's reported interest is a bit of a surprise, since they have a shooting guard in Dwyane Wade already. Wade is a free agent, and going after and landing DeRozan would likely mean the Heat elect to part ways with their star. Still, t would be a massive surprise if DeRozan leaves the Raptors. After all, ESPN reports he won't even meet with other teams.

Follow our Miami Heat team page for all the latest Heat Rumors, or download the Chat Sports App!