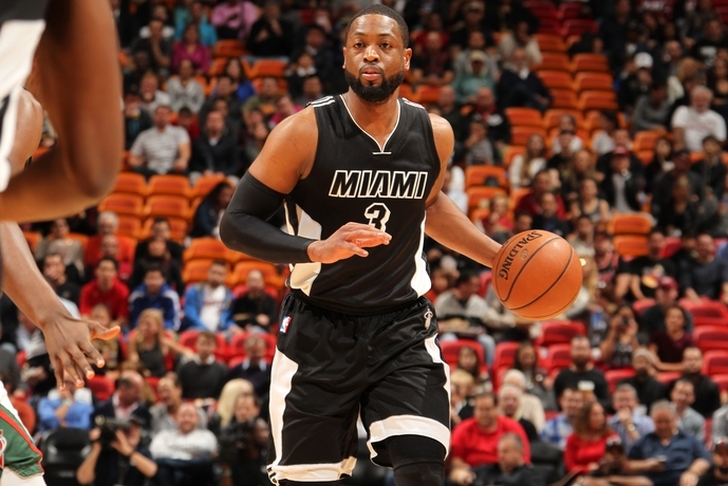 NBA free agency is only hours away from starting and the Miami Heat have a few key decisions to make. They're chasing Kevin Durant, but also have their own free agents like Dwyane Wade and Hassan Whiteside to re-sign. The Heat are also looking to improve their team with a few other potential moves. Here are all the latest Heat rumors and news you need to know.

Wade Only Trying To Create Leverage?
When ESPN Brian Windhorst reported Wade was reaching out to other teams, there was skepticism that Wade wasn't actually going to leave the only NBA team he's ever played for. That skepticism even came from some of the teams Windhorst spoke to. ESPN's Tim MacMahon spoke with an NBA source, who said Wade is "just trying to create leverage" by reaching out to teams like the Mavs and Spurs. The purpose of creating that leverage would be to get a deal with more money and/or years from the Heat.

Heat And Crawford?
Jamal Crawford is the reigning NBA Sixth Man of the Year, but he's a free agent and is at least open to leaving the Clippers. One of the many teams he's interested in is the Heat.

The other teams on that list are able to offer Crawford more money, which could end up being an issue for the Heat.

Miami Interested in Mozgov?
Cavs center Timofey Mozgov didn'y play much in the NBA Finals, but he's still drawing interest from teams. The Heat are among that group.

Count Houston, Miami, Golden State and San Antonio among the teams interested in Timofey Mozgov, along with the Cavs, per league sources

Mozgov might not be a starting caliber center, but he's a quality No. 2. Big men get paid, even backup ones, so Mozgov could end up with a surprising deal.

Follow our Miami Heat team page for all the latest Heat rumors or download the Chat Sports App!