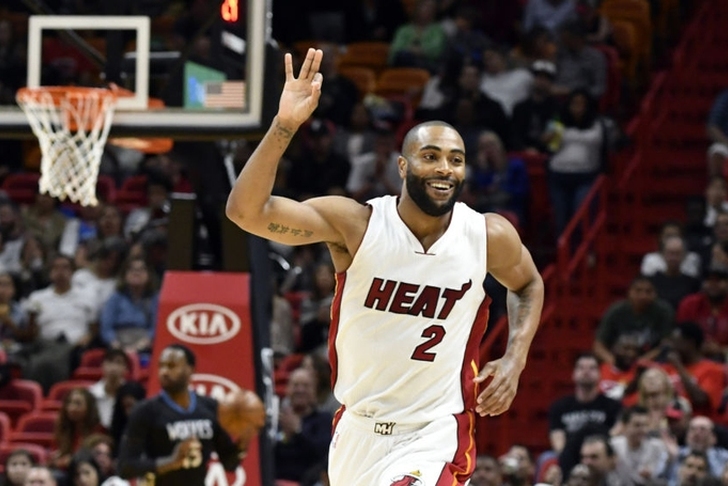 The Miami Heat have until midnight to make a decision on the second year of Wayne Ellington's contract, and Ira Winderman of the Miami Herald says the Heat could to waive him and then re-sign him:

The most pressing question, one with a midnight deadline, is whether 3-point specialist Wayne Ellington and his $6.3 million 2017-18 salary can fit under the salary cap with the deals agreed to with Olynyk, Johnson and Dion Waiters.

If that does not to prove the case, the Heat can either attempt to continue to work on that math or waive or trade Ellington.

Should the Heat waive Ellington, he could be claimed by any team with the means to take him on to its payroll. The waiver period is 48 hours, after which the Heat could attempt to re-sign Ellington under such a scenario, perhaps into the $4.3 million mid-level exception granted to teams that previously utilized salary-cap space that offseason.

Ellington would be owed $6.3 million next season if the Heat pick up their team option, which they may not have enough space to afford after adding Kelly Olynyk in free agency and re-signing Dion Waiters and James Johnson.

Miami does want to bring Ellington back, and will likely have to use that mid-level exception to do so. For his part, Ellington has given every indication that he wants to return to the team as well.

Ellington averaged a career-high 10.5 points per game while shooting 37.8 percent from the field last season.

Follow our Miami Heat team page for all the latest Heat rumors!