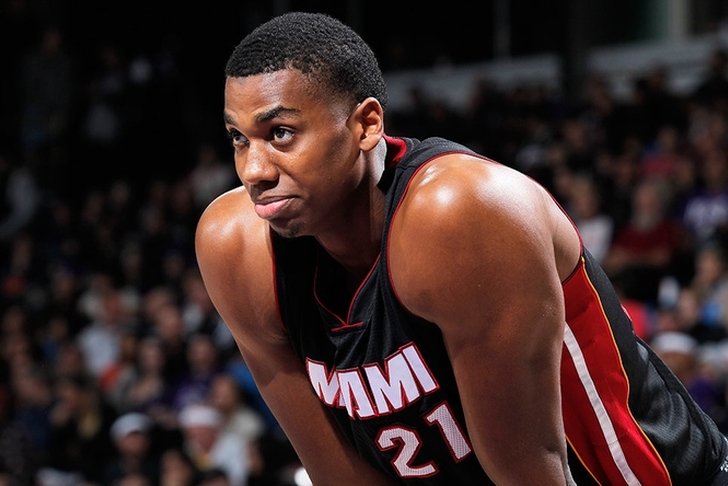 Miami Heat center Hassan Whiteside sat out of the first day of training camp with a calf injury, but he insists it isn't anything to be concerned about.

“During the workout, I just felt like a tug on my calf muscle,” Whiteside said, via the Miami Herald. “I didn’t really know what to expect because I never injured it before. They just told me take it day-by-day. So, it’s no rush.”

Head coach Erik Spolestra also doesn't seem to be in a rush to get Whiteside on the court.

“He’s feeling better, but he’s probably not ready for this right now,” Spoelstra said. “So we’ll just take it day to day, see how he feels with another full day of treatment. He did a long day of triple treatments [Monday], more treatment [Tuesday] morning. And we’ll see how he feels in the morning. But everybody else was able to go.”