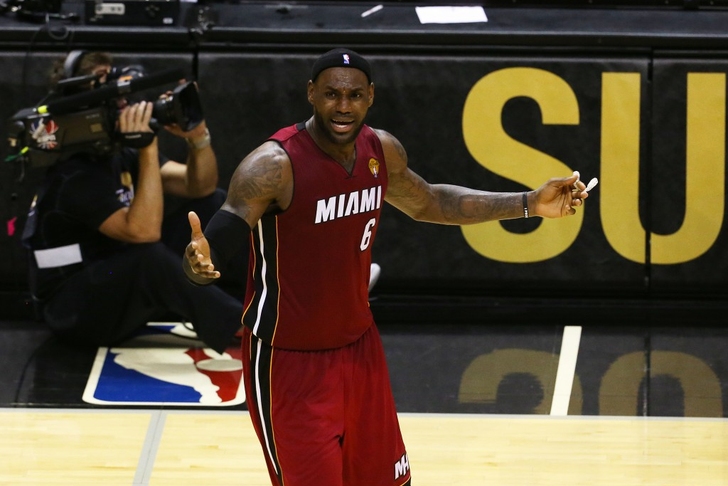 As Miami looks for a third straight championship in a fourth consecutive finals appearance, fans and players are taking to social media to express their thoughts.

The Spurs hold a 2-1 series lead after beating the Heat 111-92 in Miami. This matchup is following the same pattern as last year's battle - if it continues, we could see the series come down to a Game 7.

San Antonio has shown how much they want redemption and a title by moving the ball well, taking smart shots and staying aggressive on defense. Kawhi Leonard was the star player of the night on Tuesday, with a career-high 29 points for the Spurs.

Miami, aware of the sloppy basketball they've been playing, must step up in every aspect of the game in order to compete with the Spurs.

Let's see what the players have to say about their performance after game 3:

LeBron James, Dwayne Wade and Mario Chalmers are all staying positive about the series. Miami is known for fixing their mistakes after a loss and coming back strong.

Let's look at what Heat fans are saying about the performance by Miami in the first three games in the series:

Championship basketball the Miami Heat are on another level. Even while down double digit points. #Finals — Mike Vick (@MikeVick) June 11, 2014

Spent 10 plus hours driving down here...got to the game at 830, got our butts kicked, but I still love bein in the #Heat house

A dedicated fan at his finest, but he wasn't the only one who still supported his team after a rough Game 3 loss.

I see all of this nonsense on my timeline about the spurs winning the finals. That will definitely not happen. #Heat #ThreePeat

Loyal Heat fans continue to show their love for Miami on twitter. But there are some frustrated with their team:

Even though I know the heat are gonna win the next 2.. I'm just frustrated with the sloppy play..

Then, there are the San Antonio fans who think they have it in the bag:

I said it before this game, if Spurs win today the series is over. Spurs will be Champs.

There is no doubt we're seeing a championship series between the two best teams in the league. One is on a mission of redemption, one is seeking to write their names in history with a threepeat.

Spurs and Heat are both great. It's like a super hero movie. When one is at peak of its powers, it punches the other through 10 buildings.

Miami will come back strong, like they always do.