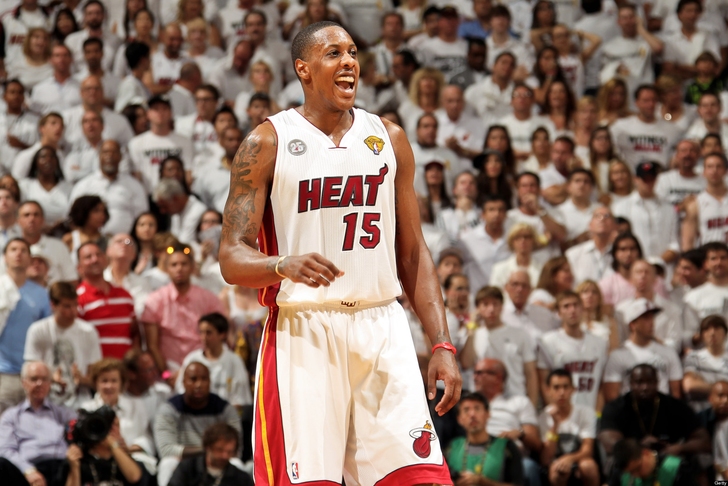 Point guard was one of the Miami Heat's biggest weaknesses during the Big 3 era with Mario Chalmers starting, but he was able to make enough plays to ensure the starting job was his. And every once in a while, Chalmers would have a great game and would carry Miami to a victory.

But that didn't happen last year.

Chalmers wasn't that good during the regular season, and continued to get worse as the playoffs went on. He became the poster boy for the Heat's struggles against San Antonio, averaging just a measly 4.4 points a game in the Finals. To help improve that position (and because LeBron liked him), the Miami Heat drafted UConn's Shabazz Napier, who led his Huskies on a Cinderella run through the NCAA Tournament and winning the national title.

Napier projects to be a better offensive player than Chalmers as his ability to create his own shot. Both players can shoot and finish at the rim, though Chalmers has built his offensive game around having others create open shots from long range for him. He was probably the largest beneficiary of LeBron James' passing, but that doesn't mean he can't create for himself - we just haven't seen it yet.

Defensively, Chalmers has proven he can guard fairly well and come up with steals at the NBA level. Shabazz Napier hasn't as he has yet to play a game in the league, but he was a solid defender in college who's foot speed and quick hands should translate to him becoming a good NBA defender as well.

The starting point guard job for the Miami Heat firmly belongs to Mario Chalmers at the moment, but if he isn't able to elevate his game, Shabazz Napier will get his chance.