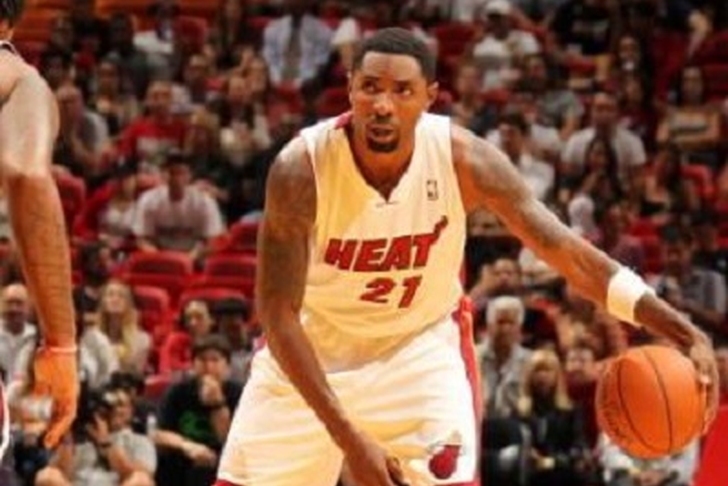 A bright spot for the Miami Heat this preseason continues to be the emergence of guard Roger Mason Jr. as a reliable bench option. If Mason Jr. continues to perform at his current level, he may even be able to supplant Norris Cole as the top reserve guard.

In 24 minutes tonight Mason Jr. went 4 for 8 from the field, 3 for 6 from downtown and only turned the ball over once en route to 11 points. Mason Jr. also was second on the team in rebounds with seven.

The body of work for Mason Jr. now in two preseason games with the Heat is impressive. In about 51 and a half minutes on the court, he has went 7 of 13 (54%) from the field, 6 of 10 from three point territory, grabbed 13 rebounds and has an assist-to-turnover ratio of 2:1.

Cole in over twice the number of minutes is hitting 46% of his shots from the field, 55% from behind the arc, has only seven rebounds and has an assist-to-turnover ratio of 14:11. The disparity in amount of time on the court must be accounted for, but it goes both ways. Cole has had more time to make mistakes, but he has also had more time to have a positive impact.

Cole's experience with the team and his stellar performances in key times during the past two postseasons for Miami still make him the top reserve and spot starter at guard for Miami. However, Mason Jr.'s play gives the Heat a luxury most teams don't have.

The great thing for Miami is that they don't need to choose between Cole and Mason Jr. unless they decide that carrying both on their final regular season roster isn't practical. Cole and Mason Jr. can co-exist on this team and give the Heat options should Mario Chalmers have a night like he did tonight, scoring only two points and turning the ball over four times.

Mason Jr. hasn't just competed for a spot on this roster in his opportunities to play, he has pushed Cole to have to fight for the minutes that he usually gets as well. Mason Jr. could give the Heat depth at guard that they haven't had in the Big Three Era if he continues to produce at this level.