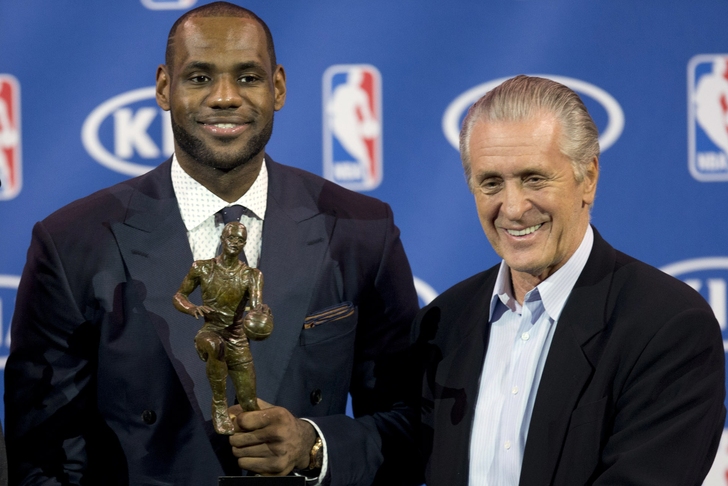 The Miami Heat will head into the future without LeBron James by their side. Heat president Pat Riley won't let that fact deter him from focusing on the bigger picture for his franchise, nor from exhibiting understanding in regards to LeBron's decision to return home.

With special thanks to NBA.com, here's Riley's official statement on James' departure:

While I am disappointed by LeBron's decision to leave Miami, no one can fault another person for wanting to return home. The last four years have been an incredible run for South Florida, HEAT fans, our organization and for all of the players who were a part of it. LeBron is a fantastic leader, athlete, teammate and person, and we are all sorry to see him go.

Over the last 19yrs, since Micky and I teamed together, The Miami HEAT has always been a championship organization; we’ve won multiple championships and competed for many others. Micky, Erik and I remain committed to doing whatever it takes to win and compete for championships for many years to come. We’ve proven that we can do it and we’ll do it again.

The beginning of the post-LeBron era on South Beach started in earnest Friday evening, with the Heat agreeing to terms on a five-year, $118 million deal. Free agents Dwyane Wade and Udonis Haslem are also reportedly close to finalizing contracts with the team, potentially keeping the majority of the team's championship core intact for the foreseeable future.

Without LeBron, things might be very different for the Miami Heat. However, that won't keep Pat Riley from doing his very best to put another winner on the court come 2014-15.