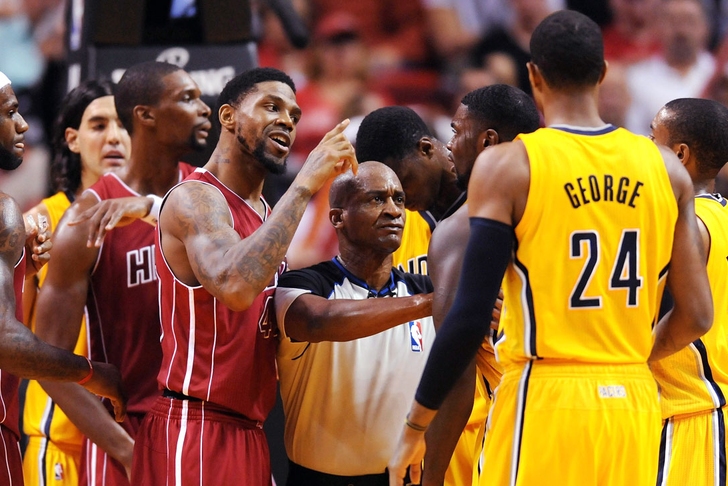 Game 5 of the Eastern Conference Finals between the Miami Heat and the Indiana Pacers will take place tonight at Bankers Life Fieldhouse in Indiana, with tipoff scheduled for 8:30 PM EST.

The Miami Heat are one win away from becoming the first NBA team since the 1984-87 Boston Celtics to make four straight NBA Finals appearances.

The Indiana Pacers are one loss away from an offseason full of pointing fingers and "what if's."

Indiana Pacers head coach Frank Vogel stated in a recent interview that the Miami Heat may have shaken his team's confidence - an admission which has been evident in the team's body language during their three losses in the first four games of this series.

With distraction after distraction seemingly paralyzing the team, the Pacers still have to quickly find a way to get back to basketball basics in order to stretch this series out to a sixth (and perhaps seventh) game.

To do that, the Pacers will need to ramp up their defensive effort to the level which made them an NBA Finals favorite to begin with during the first few months of the season. If the Pacers treat this like a Game 7, closing in on shooters and getting back into position on every defensive possession, they should able to muster enough offense to at least make this an interesting night in Indianapolis.

If not, we'll see a familiar sight in the NBA Finals - with the Miami Heat once again representing the Eastern Conference on the game's grandest stage.