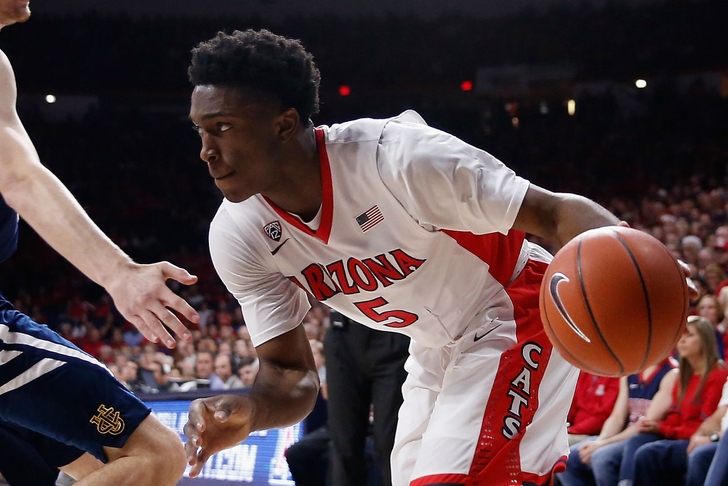 The Miami Heat have an 87% chance of picking 10th in the 2015 NBA Draft, which means that best-case prospect scenarios like Duke's Justise Winslow and Spanish import Mario Hezonja will likely be off the board by the time Miami's on the clock.

So if not them, then who? Binoj Jacob of Hot Hot Hoops laid out a few potential candidates in a recent article:

[ESPN's Chad] Ford has Miami picking Johnson, who has averaged 13.8 points, 6.5 rebounds and shot 44.6 percent overall. Johnson is very good driving to the basket but needs to work on his stroke, which at times is erratic. According to Ford: "He's one of the most NBA-ready players in the draft, can play the two and three, and he's a fierce competitor. He can back up both Wade and Deng if they come back or take a starting role if one of them decides to leave."

There is also a chance Miami might be picking Sam Dekker (Wisconsin) because he might be the best talent available at the #10 spot. Dekker might be part of a filled out frontcourt in Miami, but the last time Miami picked the best available player over a need was in 2003, when the team drafted Wade, even though they had Caron Butler and Eddie Jones. That move has clearly worked. So Dekker might be of similar thinking.