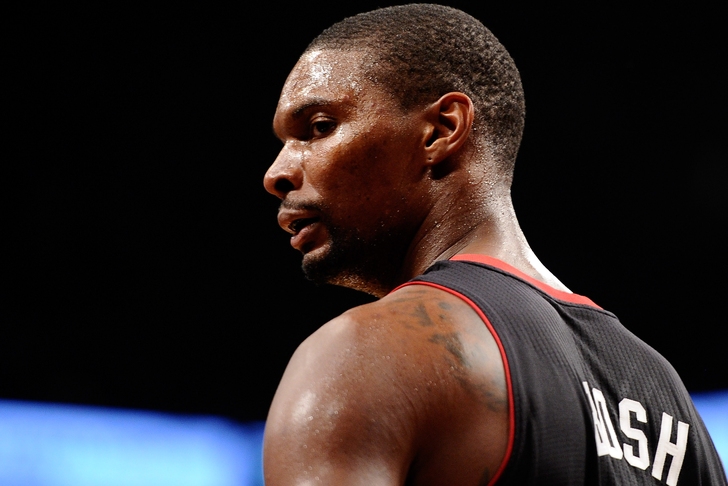 Miami Heat forward Chris Bosh will miss the remainder of the season - potentially more - with a blood clot in one of his lungs, the team announced Saturday..

Bosh sought treatment on Thursday, claiming he was not feeling well for several days.

"Chris is OK and his prognosis is good," the Heat said in a statement.

The issue of blood clots is particularly serious in the NBA as this comes on the heels of the death of former NBA player Jerome Kersey because of a blood clot, and last month Brooklyn forward Mirza Teletovic was ruled out for the season once clots were found on his lungs.

Bosh averaged 21.1 points and 7.0 rebounds per game this season, the first in a five-year, $118 million contract he signed with the Heat this offseason.