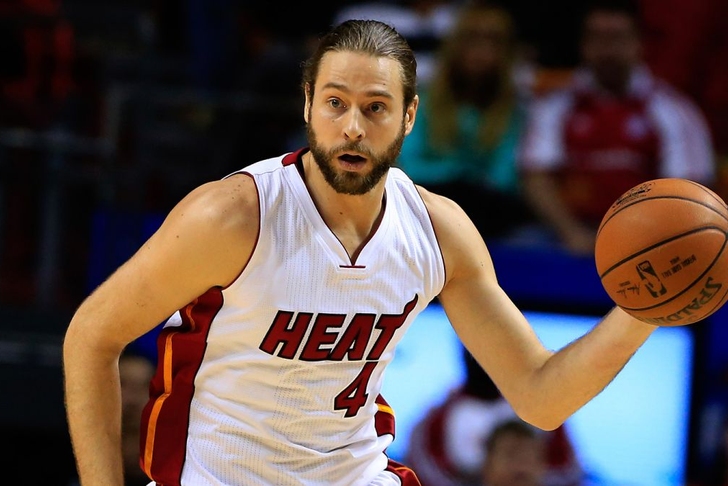 While some of his NBA contemporaries such as Charlotte's Kemba Walker and Chicago's Derrick Rose have recovered quickly from meniscus injuries similar to the one he's recovering from, Miami Heat forward Josh McRoberts isn't planning a return like that of those two notable examples.

"My surgery was totally different than those," said McRoberts, via the South Florida Sun Sentinel. "I don't really know what they had, what Kemba and Derrick had, so it's hard for me to say.

"I think it's obviously pretty severe if I had to miss this much time."

McRoberts has been traveling with the team recently while continuing his rehab regimen with the team's trainers.

"I'm just taking it a day at a time in terms of rehab and trying to recover," McRoberts said before reiterating that his return timetable won't see him back befre or during a potential playoff run. "They announced I was out for the season earlier in the year. I'm still staying by that, I think, in terms it would be tough to make a comeback, in terms of how long the recovery is from the surgery."