Heat News: LeBron James has "no" advice for Kevin Love about free agency 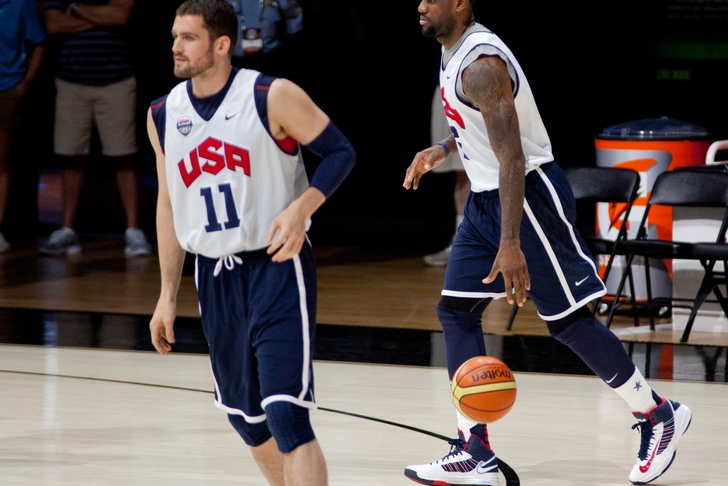 While The Decision is a landmark moment in Heat news, legend-in-his-time LeBron James isn't going to be giving lessons from his first foray into NBA free agency anytime soon.

Prior to Friday's roller-coaster 122-121 home defeat at the hands of the Minnesota Timberwolves in double overtime, Jerry Zgoda of the Minneapolis Star Tribune asked LeBron if he had any pointers for Wolves superstar Kevin Love's impending free agency after the 2015 NBA season --

I asked LeBron before the game that, since he's been tourhg it, if he had any advice for Love about how to determine his future. "No."

For as great as LeBron has been in four seasons with the Miami Heat, the way that he went about promoting his departure from his home-state Cleveland Cavaliers continues to dog him to this day in the media. While LeBron didn't elaborate on why he wouldn't give the Minnesota Timberwolves big man any advice, it probably has something to do with attempting to stay away from creating tabloid fodder.