Heat News: Heat "will likely do something" in Donald Sterling protest 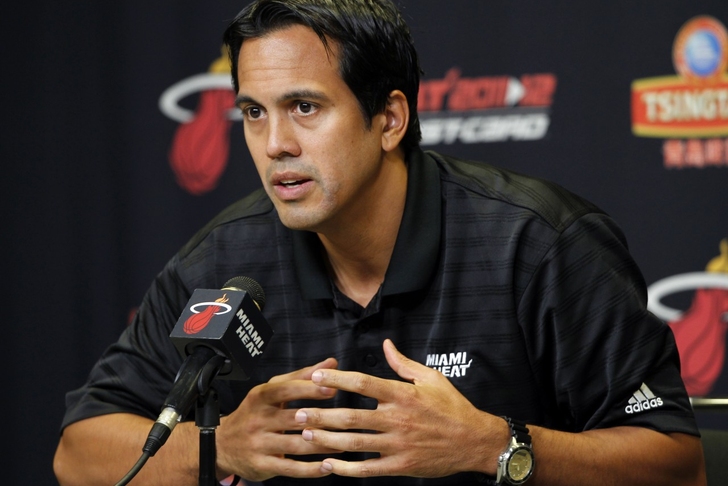 In Heat news, the Miami Heat will most likely join the majority of NBA teams in some form of protest against Los Angeles Clippers' owner Donald Sterling and his alleged racist rant released by TMZ Sports.

Per Ira Winderman of the South Florida Sun-Sentinel, Miami Heat head coach Erik Spoelstra says the team could be planning something to show solidarity in the face of what has become a worldwide controversy:

Spoelstra, on if Heat plans to do anything as team in wake of Sterling issue, "We'll likely do something."

The Los Angeles Clippers staged their own protest before Sunday's Game 4 with the Golden State Warriors, wearing inside-out shirts during practice and symbolically removing their Clippers logo pullovers during Sunday's shootaround.

LeBron James has already gone on the record to say that "there is no place" for a racist owner such as Donald Sterling in the NBA. The Heat may join several teams in a silent protest such as wearing black headbands, socks, or armbands as a nationally-televised message. However, no decision has been released to the media as of yet.

Your Heat news whenever and wherever you want it. Download our new Chat Sports iPhone app and follow our Heat team page today.