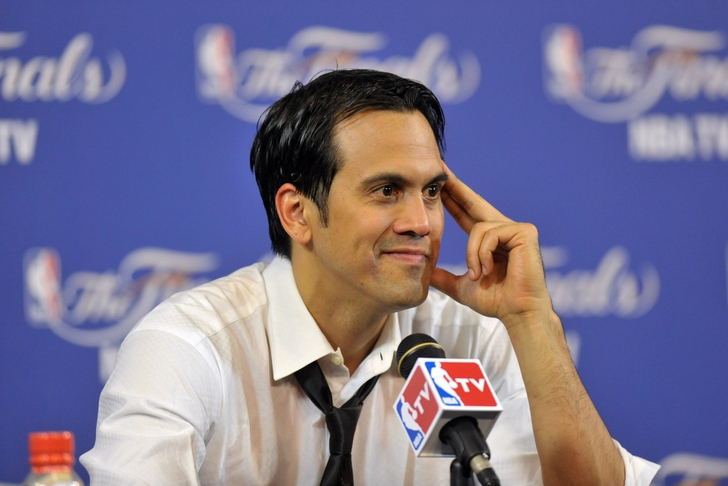 The 2014-15 Miami Heat have proven themselves resilient in the wake of major roster changes this offseason. The team's early-season scheduling gauntlet will prove to test that resolve over and over again.

Per Ira Winderman of the South Florida Sun Sentinel, "with Sunday's road game against the Dallas Mavericks, the Heat will complete their third back-to-back of the season just 12 days into the schedule. By the end of November, they'll be done with 5 1/2 of their 16 back-to-backs for the season (one starts the final day of November, concludes the first day of December)."

One bright spot is that following Wednesday night's loss to the Charlotte Hornets, the Heat moved past one of the toughest scheduling stretches possible on an NBA schedule.

"I told the guys [Friday], 'That was our only four in five nights.' And they were all shocked," head coach Erik Spoelstra said, via Winderman's article on Saturday. "I said, 'But don't get too comfortable. We'll have five in sevens. We'll have four in sixes.'"

If the Miami Heat can survive the brutal November ahead, however, they will have a little bit of a comparative breather as December and January roll around.