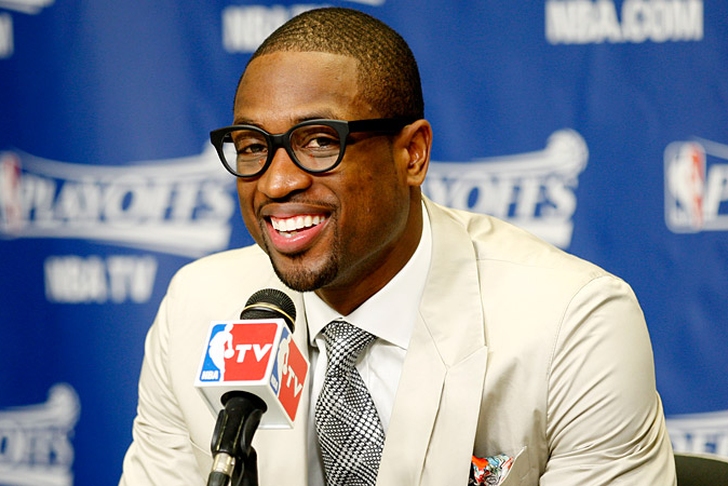 In today's Heat rumors and news, Miami Heat star Dwyane Wade is reportedly leaning toward exercising his opt-out clause in order to structure a new contract which will give the team money to play with this offseason.

According to Mitch Lawrence of the New York Daily News, "Dwyane Wade is likely to opt out of his final two seasons, at $41.5 million, and probably accept a deal from the Heat worth $50 million-$55 million over four years to help the team open up cap space."

In theory, this could be step one of a potential plan to guarantee the Big Three more money over a longer period of time by giving them longer-termed deals with smaller yearly salaries - thus opening up the Miami Heat's ledger to potentially sign a max contract player or someone close.

As of this point, there is no words on whether LeBron James and Chris Bosh will follow suit, remain on their current deals, or leave altogether. However, most indications seem to point to James and Bosh taking a page out of Wade's playbook and continuing the run on South Beach.

Miami Heat fan? Here's some other team pages to follow: