3 Things We Know About The Miami Heat Through 16 Games 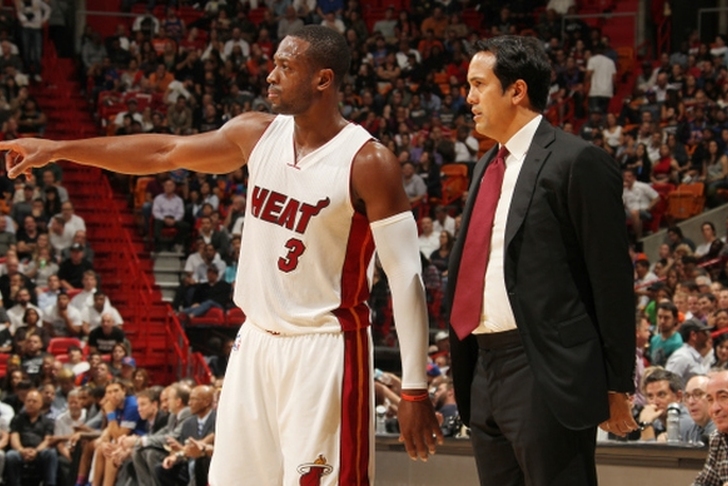 The Miami Heat have surged back to the top of the Eastern Conference this season, posting a 10-6 record through the first part of the season. Here are three things we've learned about them so far this season:

Miami is a legitimate threat to win the East

Everyone pointed to the Cleveland Cavaliers and Chicago Bulls as the two teams that were the favorites to win the Eastern Conferece at the start of the season, but the Heat have emerged as a real threat to those teams. They are only two and a half games out of first place in the conference, and have the second-best defense in the league to this point, giving up just 92.5 points per game. That defense has already shut down some of the league's best offenses, and should do wonders for them come playoff time.

While the defense is elite, the offense is far from it. Miami ranks in the bottom five in the league in points per game, averaging just 96.3. They've only scored over 100 points four times this season, a number that ranks among the fewest in the NBA. That lack of scoring punch could limit them in the regular season and hurt their seeding in the postseason.

The Heat might be the deepest team in the league

Miami has a starting lineup full of star power, led by Dwyane Wade and Hassan Whiteside, but it's their depth that has really made a difference this year. 10 players are averaging at least 10 minutes per game, and eight are averaging 20.8 minutes or more. That has allowed the Heat to utilize several different lineups based on the opposition, and that versatility has played a big role in their 10-6 record.