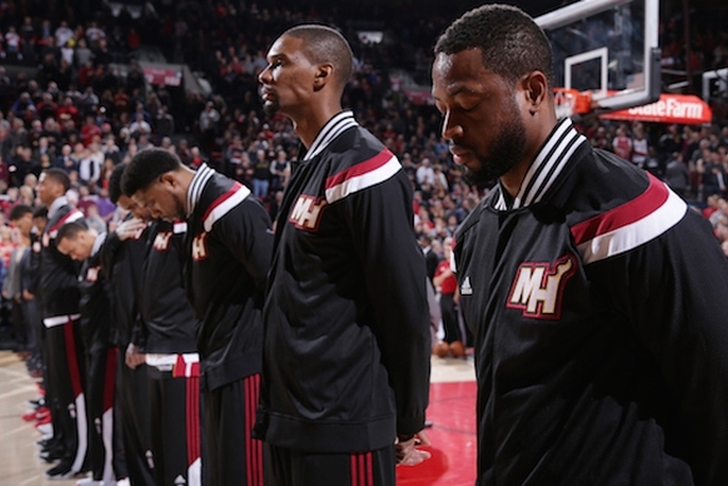 The Miami Heat are hoping to rebound after a disappointing 2014-15 campaign, and they have their sights set on a return to the top of the Eastern Conference. While that would be a surprise to some, we see big things ahead for the Heat. Here are three reasons why Miami can win the NBA title this season:

Bosh was playing like his old self last season as he averaged 21.1 points and 7.0 rebounds per game until he was forced to miss the last half of the season with a blood clot in his lung. He'll be back and fully healthy this season, giving Miami another top player on the offensive end of the floor to pair with Dwyane Wade and Goran Dragic.

Miami's starting lineup is loaded with Dragic, Wade, Luol Deng, Bosh, and Hassan Whiteside, but the additions they made to their bench in the offseason is what really sets this team apart.

Gerald Green (11.9 ppg with the Suns last year) and Justise Winslow (No. 10 overall pick) give the Heat two extremely athletic wings who can make an impact on both ends of the floor, while Mario Chalmers (10.2 ppg, 3.8 apg) has plenty of experience being a productive backup point guard. The addition of Amare Stoudemire (11.5 ppg, 5.6 rpg) also gives the Heat a legitimate big man to pair with Josh McRoberts, who only played in 17 games last season.

Few teams can go eight or nine deep without experiencing a huge dropoff, but the Heat can afford to have a legitimate 10-man rotation. That will do wonders when it comes to keeping players fresh and healthy for the postseason.

Only five teams in the East had a winning record last season, which allowed to Heat to stay in the playoff hunt despite their rash of injuries. The opportunity is certainly there for Miami to make the playoffs, where they can make a lot of noise with their mix of star power, youth, and experience.

Assuming they get past the first round, Wade and Bosh can easily lead the Heat past a starless like the Hawks or less talented teams like the Wizards or Raptors. That just leaves the Cavs, who split the season series with Miami last year. Now that the Heat have greatly improved their team with the additions mentioned above, it wouldn't be out of the question for them to get past Cleveland given their success against them.