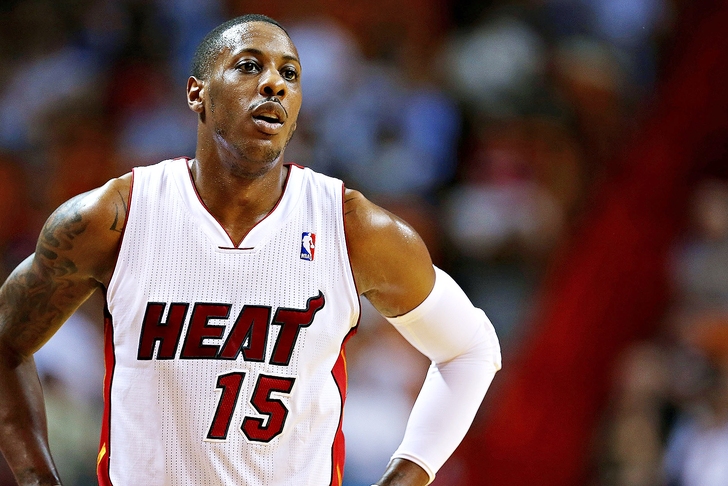 We're just a few hours away from the 2015 NBA Draft in Brooklyn, which means speculation is running wild among the fans and writers for all 30 NBA teams. With that being said, let's take a look at the buzz surrounding the Heat with our list of 2 Draft Day Trades The Miami Heat Could Make.

The Miami Heat are looking to free up salary space to make a worthwhile offer to Dwyane Wade, and this is one way to do it. This trade would free up nearly $8.6 million in commitments, land the Heat another dynamic shot blocker in Moreland to go with Hassan Whiteside, and give Miami wiggle room to either up their offer to Wade or increase their flexibility on the open market -- all while moving themselves up four spots and giving them a fantastic chance at finding Chalmers' successor.

The future 2nd rounder is a point of contention, but asking the Kings to take on that much salary while giving up three years of cheap contract control over Moreland will require a premium.

Here's another trade that could take place around draft time or a little after, and one that would qualify as a pure cost-cutting measure for the Heat.

"You trade them to Cleveland for Brendan Haywood’s non-guaranteed contract," the Sun-Sentinel's Ira Winderman said recently. "Brendan Haywood makes $10 million. As soon as you acquire him you can cut him because his contract is not guaranteed."

Basically, the Heat would offload the same pieces as the aforementioned Sacramento deal minus the pick swaps, freeing up space to re-sign Wade or find a marquee contingency plan.