Xavien Howard is Magic in Miami 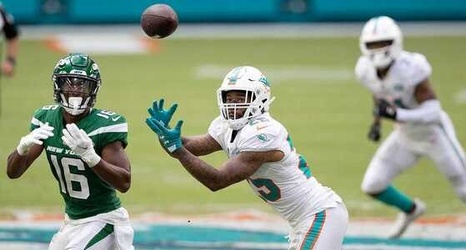 Xavien Howard is a hall of fame talent. Let me repeat, Xavien Howard is a HALL OF FAME talent. That doesn’t mean we will see him on the ballot, or his ticket punched. It means we are afforded the opportunity to watch the uncommon. The last Dolphin inducted into the Hall of Truly Special People was Jason Taylor (we still pray the Football Gods, or journalists rather, will do right by Zach Thomas. Cam you’re up next). Taylor hung his kicks at the end of 2011, another decade prior it was Dan the Man. It’s been a tough start to the millennium for the Aqua and Orange.